After a super refreshing night of sleep at Natalie’s, I was ready for another trip to nature. Driving out of SF I dropped Natalie off at her parent’s and made my way north towards Point Reyes.

Point Reyes National Seashore is famous for the huge diversity of birds you can spot there, as well as its rugged coastline. I got myself a permit for a night at the Wildcat campground, one of the park’s four hike-in campgrounds. While preparing my gear at the trailhead, I was inspected by a super cute tiny coyote. Cool!

Lots of sea lions sunbathing on the way to the trailhead.

The cutest coyote ever!

The hike towards the campground was only about 9 km, good thing too because I only departed around 6:30PM. I arrived at the campground just as the sun was setting, perfect. The hike there was pretty flat with nice views over the ocean and the coastline diving straight down into the water. Lots of birds everywhere, it seemed every other bush was full of grouse.

Almost at the Wildcat campground, looking back in the direction of the trailhead.

The wind started picking up once I got to the campsite, but luckily lots of tall grass blocked most of it. At night, I was serenaded by what seemed to be at least 20 coyotes. Not the best singers I’ve heard :).

Orchids on the coast?

The next day I made my way back to the car and drove to a couple of famous spots in the park. Although spotting sea lions and some deer was fun, I felt the park couldn’t really compete with the beauty of the High Sierra, so I decided not to stick around for another day. 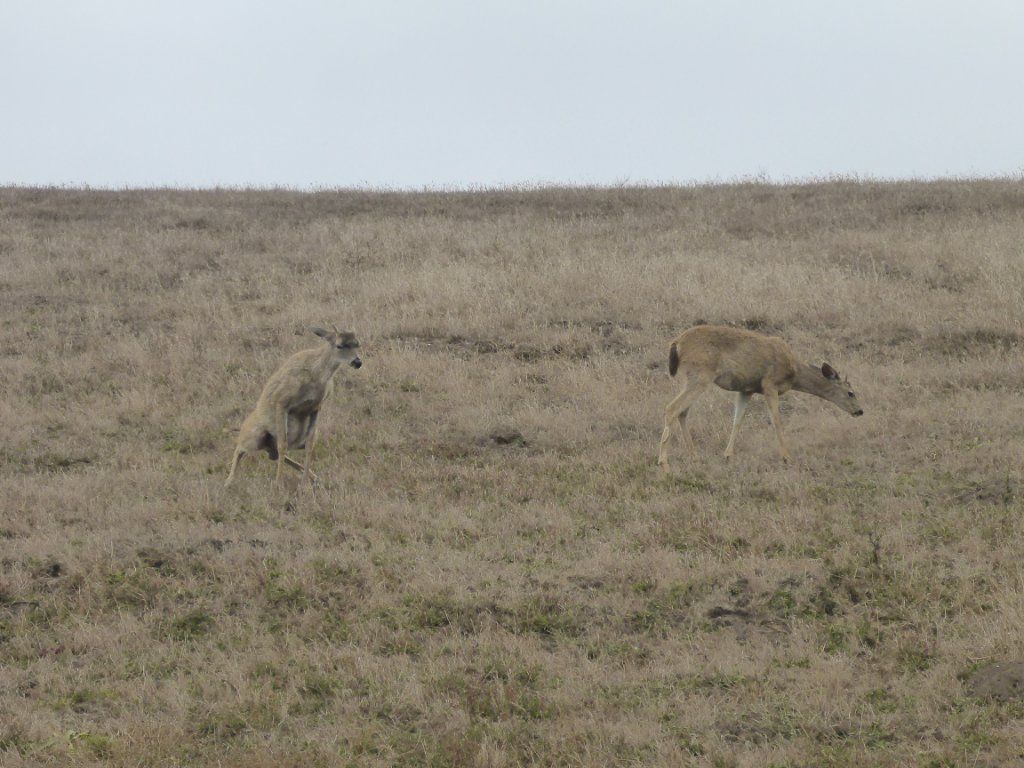 Pooping deer doesn't care at all. 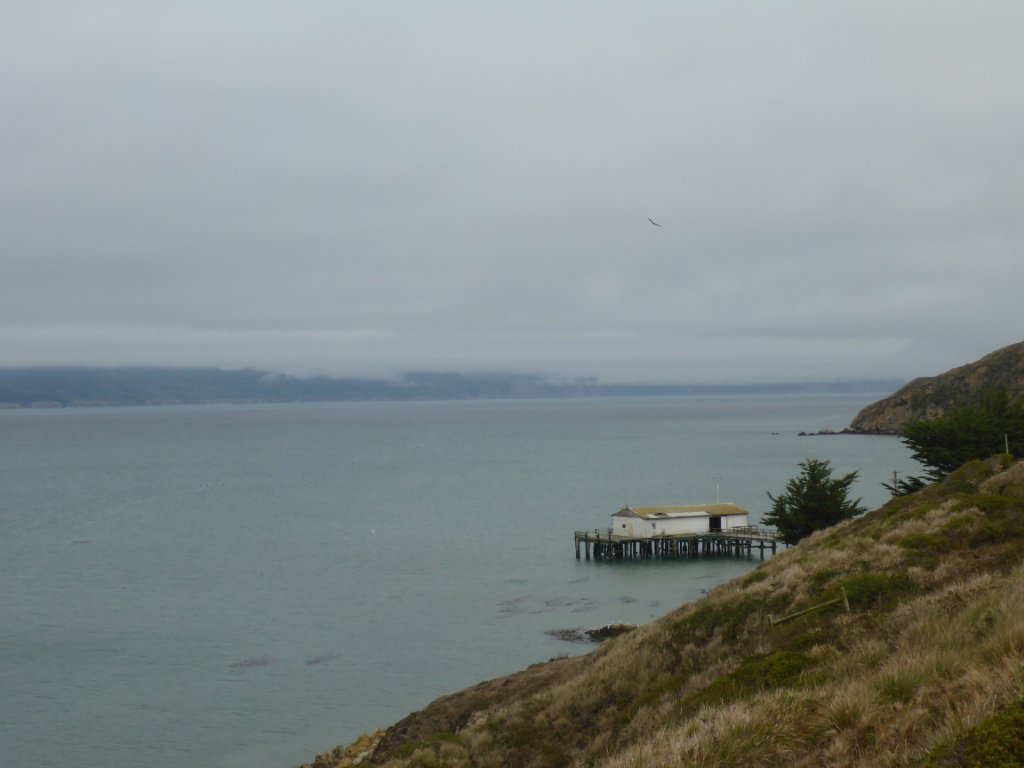 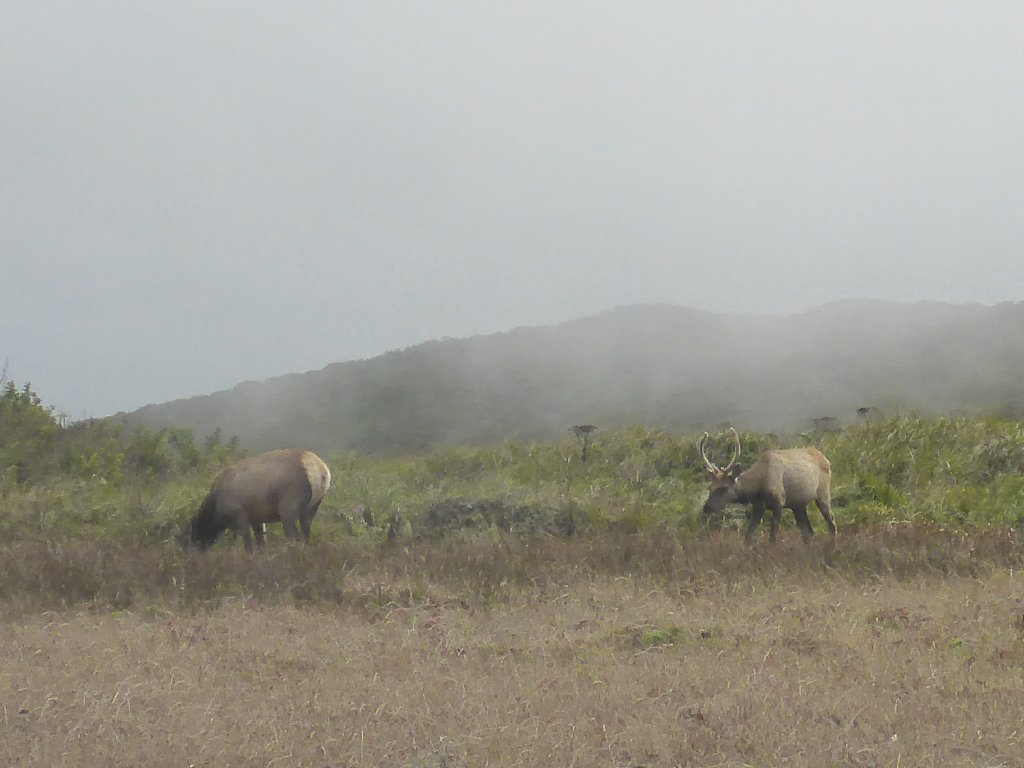 Tule elk grazing in the northern part of the park.

Instead I drove in the direction of Lake Tahoe, I figured it has to be famous for a reason, so I might as well go check it out. I ended up spending the next 2 days in Davis though, a university town just west of Sacramento. It was really nice, lots of green everywhere, kind of felt cozy and they had a really beautiful big botanical garden. Apart from strolling through there, I spend my time swimming in an outdoor pool and reading. Good times.

On August 13th, I had an appointment with Henry Shires of Tarptents to go look at some of his tents in person. I was in the neighborhood anyway, so it was the perfect opportunity to check out just how well designed his tents were. I wasn’t disappointed, very very nice stuff! I specifically went to see the Notch and the ProTrail models. The Notch felt kind of like a coffin to me, a little too small. If you’re tall like me (1.9 m), the ProTrail seems perfect with lots of space inside, even for two people in an emergency. And bonus: it’s his cheapest tent at 209$. I didn’t order one because I’ve got the bivy, tarp and hammock for now, but it’s good to know the ProTrail would definitely work. Ok, that’s enough unsolicited commercials :).

Praying mantis on one of the tarptents.

My destination for the night was a free campsite just north of Truckee, which is north of Lake Tahoe. A combination of me not reading up on how to get there, super bumpy rocky unpaved forest roads which split off in every direction and darkness setting in killed that plan. I ended up spending the night at a free overnight parking lot in Truckee.

Instead of trying to find the campground again the next day, I drove south, along the Lake Tahoe shoreline. Really beautiful, I can see why it’s a famous vacationing spot. Especially breathtaking was Emerald Bay, a small bay with smack in the middle of it Fannette Island, a tiny island with a tower at it’s highest point. 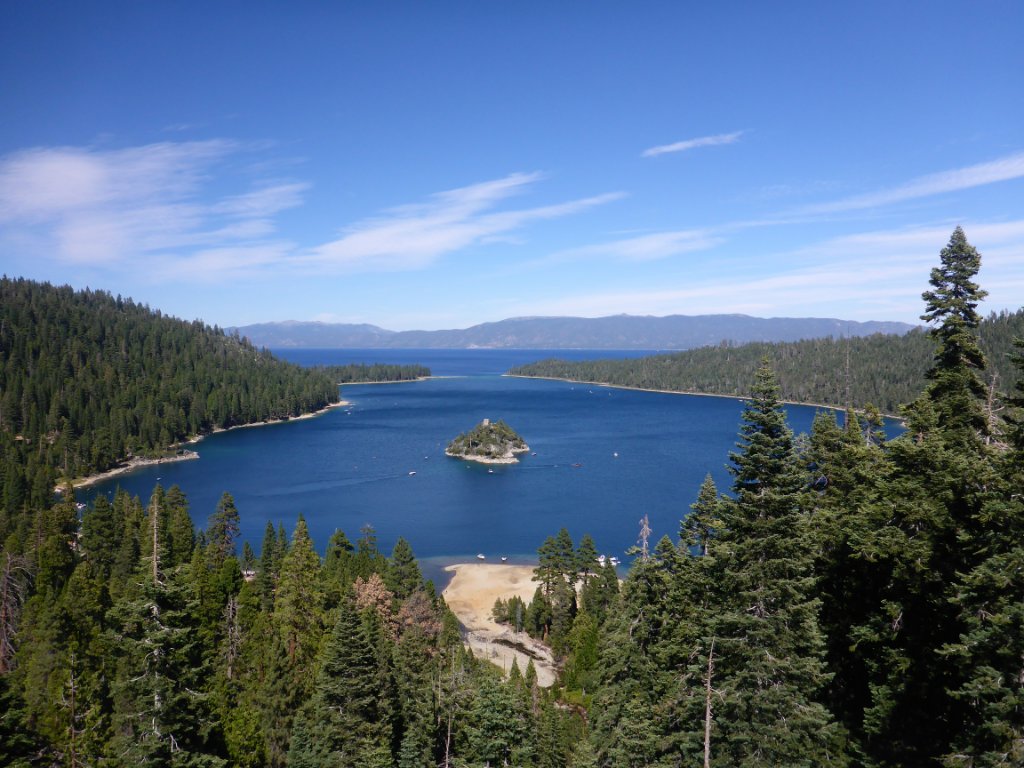 Fannette Island in Emerald Bay on the southern end of Lake Tahoe.

In the meantime, I’d read about another free campground just south of the lake, this one reachable via a paved road. When I got there, there was still one spot unoccupied, which became mine for the next three days. It kind of puzzled me why this campground is free, it was at least as nice as many 25$/night campgrounds I have encountered over the past three months. Not that I’m complaining :).

Those next three days, I didn’t do much worth of notice. Slept long, read books and tried catching some small trout (they all saw me coming from miles away and booked it out of their little pool). Hell, I was so dedicated in my laziness that I turned down an offer to go climb with Mark, who was staying there for a couple of weeks in his camper. I did take him up on his offer for a free dinner though. Fresh salmon and salad, and a nice cold beer. Hmmm! 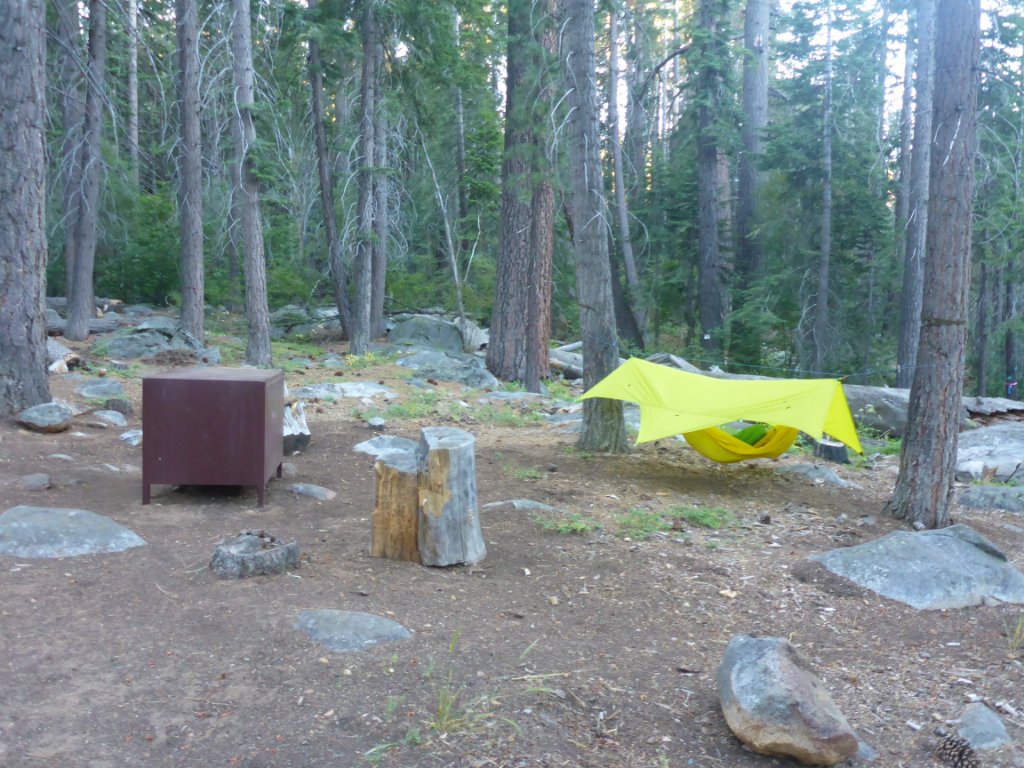 My room for the three nights I stayed near Lake Tahoe.

It was really nice not having to find a place to sleep for those couple of nights. Just relaxing, doing nothing much and enjoying the quiet of the forest. I guess I didn’t have to go all the way to Lake Tahoe in order to find someplace like that, but the ride in and out had a lot of pretty sights and now I got to see what all the fuzz is about, so I’m happy I did.