After waiting for an hour for the boat to leave and then another 25 minutes on the ride itself, I set foot on the beaches of Railay. Another 30 minutes walking later and I had arrived: Ton Sai, climbing paradise of Southeast Asia!

The first order of business was finding a place to sleep. I’d read about quite a few people having their valuables stolen, and heard some first hand stories as well, so I decided to pony up for a slightly more expensive stone bungalow, which should be much more difficult to break into than the cheaper, flimsy bamboo ones.

Cool tree I stumbled upon while exploring in the jungle.

With that settled I went to sign up for a deep water soloing trip. For those who don’t know, deep water soloing is climbing without ropes above water. If you fall it’s the wet, instead of death. I figured it would also be an ideal opportunity to meet some people to climb with afterwards. By then, the day was almost over, so I had some more nice food and tucked in early.

The deep water soloing tour was a full day affair, with great food and fresh fruit provided. There were almost 20 people participating, but most got tired rather quickly, so there was more than enough time to climb to my heart’s content. Falling from high up into the water kind of scared me, but luckily there were some nice routes no higher than 7-8 meters, so no problem :). 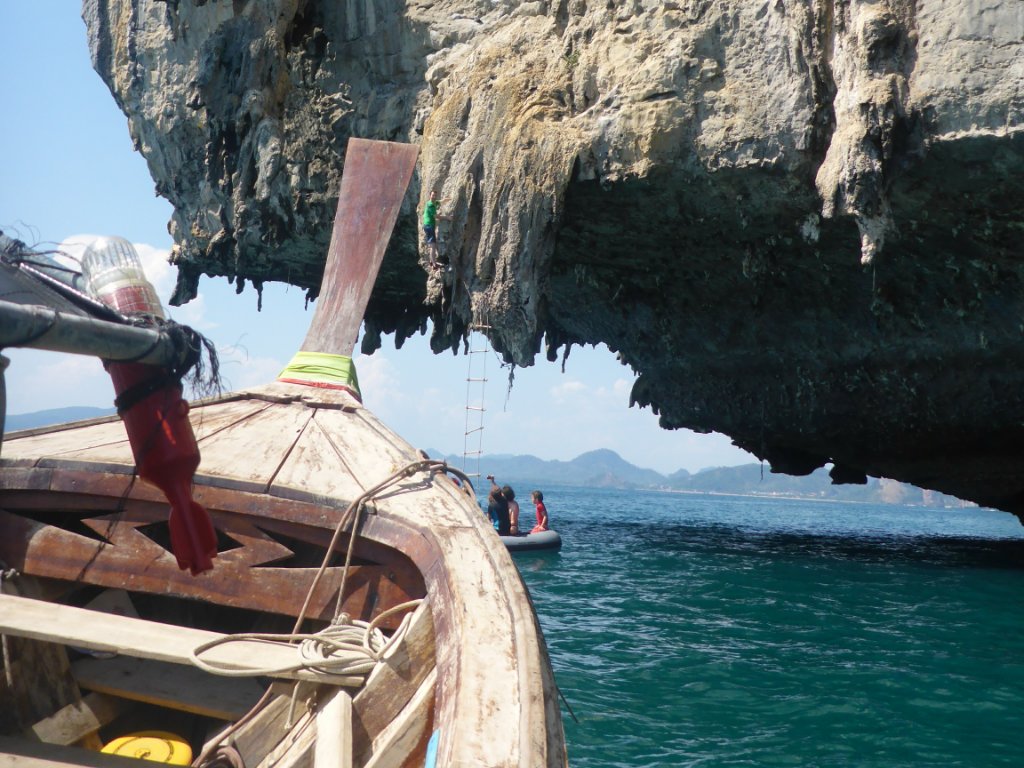 In between the climbing, I also did some snorkeling and saw lots of beautiful fishes and some weird white-blue sea cucumbers (wild guess). You just had to put your head underwater and there were a ton of pretty yellow fishes everywhere! Really cool!

As I had hoped, I met some cool people during the trip. So the next day, Sonja and Romain, a couple from Switzerland, and me went off to climb some of the crazy looking rocks (stalactites and – mites everwhere)! We got to borrow some gear from a few other guys who brought way too many ropes with them.

The morning was hard routes all around. We misread the guidebook and started warming up in what turned out to be a 7a instead of a 6b. After that, Romain and me tried a short super overhanging route which had all the quick draws already clipped in. Alas, it was a 7c and neither of us managed to get past the 4th of the 6 bolts. Maybe later this week!

As a treat for all this suffering, we got ourselves the best milkshakes ever: Oreo and coconut, hmm! In the meantime, someone had also told us about the best restaurant here, so we went to get some huge, cheap and very tasty Thai power food to fuel our afternoon of climbing. 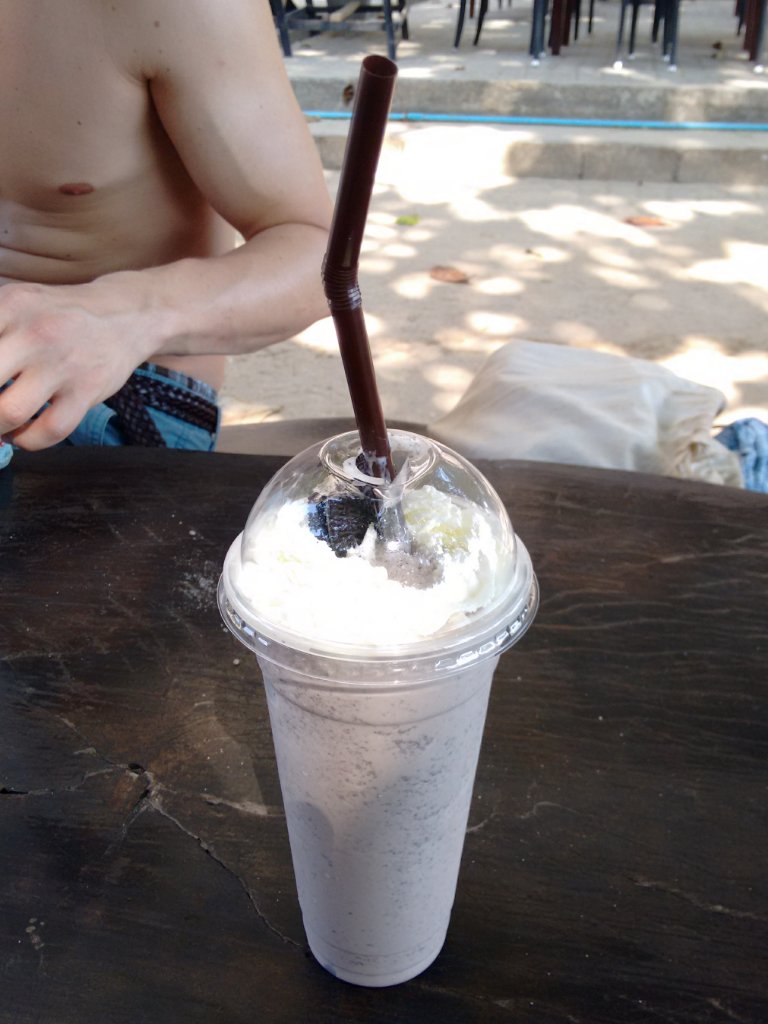 The afternoon saw us (successfully) attempting to scale Cobra Wall. Sonja and Romain did a 6a, and then we tackled a beautiful 6c. Unfortunately I had to block a couple of times and lost some skin on my fingers, the raw skin didn’t really help matters in leading to the top, but I managed eventually. 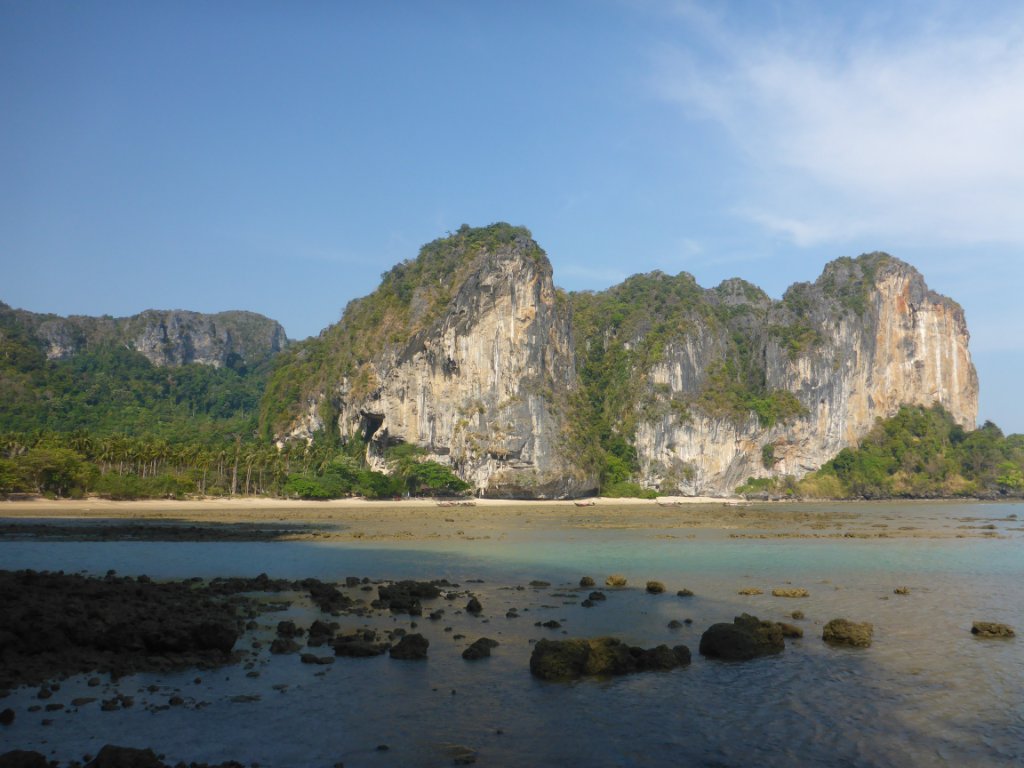 Great views all around!

More awesome views from high up on Cobra Rock.

So, a great couple of first days here in Ton Sai! I’ll probably stay here for about 2 weeks, so expect to read a lot more incredibly exciting stories about climbing ;). 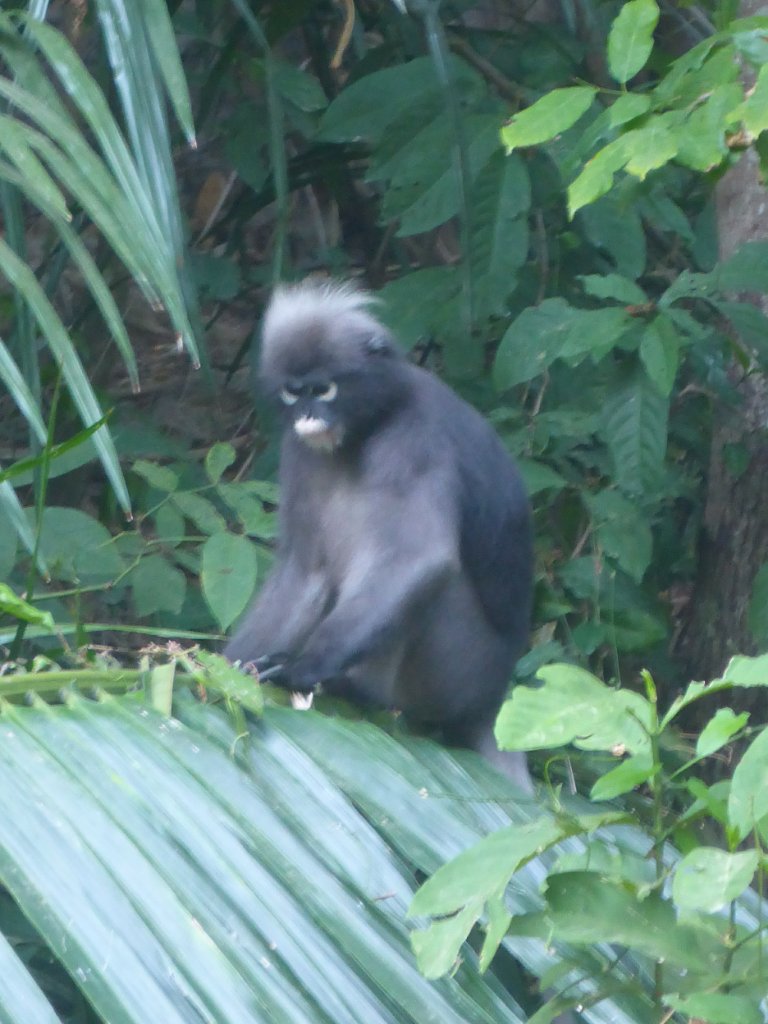