After days of driving, the morning of April 28th heralded the day I would finally get to experience Uluru and its surroundings.

I started the day off with the 10.5 km walk around the base of Uluru. Along the way, there are boards with information on how the local Aborigine tribe, the Anangu, lived here. Although it seems like a smooth monolith from afar, there’s quite a few little caves and holes in Uluru, which makes for some impressive sights. Furthermore, there’s quite a few trees and bushes, due to watering holes at a few locations around the rock, so the place doesn’t feel like a barren desert.

One side of Uluru is full of holes like this. 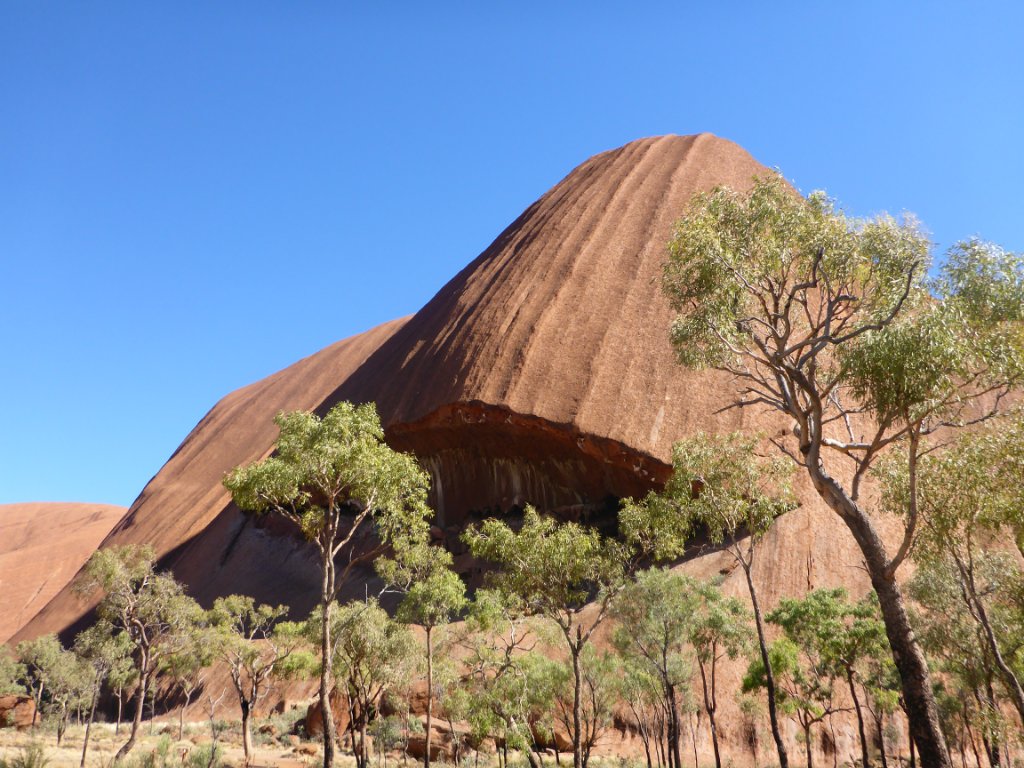 The other side is smooth, with ridges due to erosion.

A few sections of the rock are especially important to the Anangu and shouldn’t be photographed. At one point, a guy was happily snapping pictures while standing right in front of a board telling him not to. Unfornately, by the time I got to where he had been, he had driven away, so I didn’t get the chance to tell him what a disrespectful asshole he was. Climbing Uluru is also regarded as extremely disrespectful and although once the major, if not only, “attraction” in the park, now only 10 percent of visitors attempt the climb. In 2019 the climb will be permanently closed, no doubt a great relief to the Anangu. 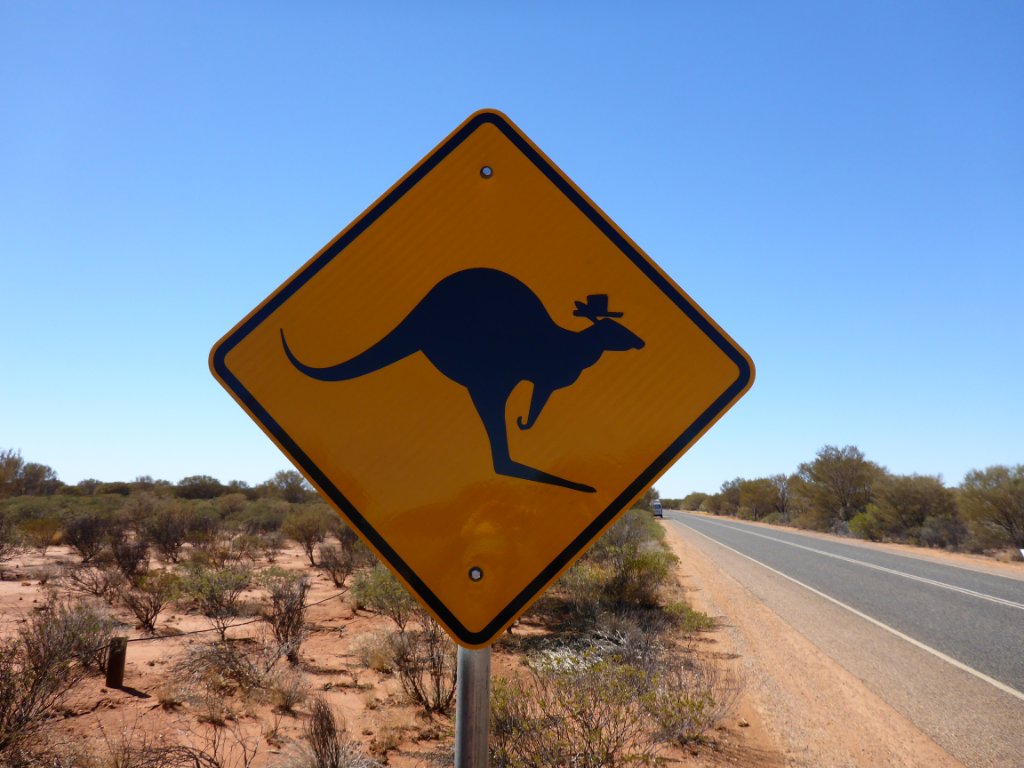 Next on the to do list were the Olgas, a group of 26 big rocks about 60 kilometers from Uluru. There’s a beautiful 7.5 km track winding through them that I ran in the afternoon. Whereas the surroundings of Uluru are completely flat, the Olgas are quite hilly, so there were a few rather exhausting sections :).

Walking track in the Olgas.

Running up a rocky path in the Olgas. Both headband and cap for extra fashion points :).

This little bird was hiding near my van.

Content with my exercise for the day, I them set off towards the visitor center, to learn some more about the Anangu’s traditional way of life. It’s quite amazing how they seem to have found a use for almost every plant out here. They can make flour, snacks, medicine, and even glue. It was very interesting learning about their travelling hunter-gatherer lifestyle, since it’s completely different from the sedentary farming lifestyle that we have had in Europe for thousands of years.

I'm guessing termites build the "crust" around this bush.

By now, it was almost sunset, so I and about a hundred other tourists headed over to a designated viewing spot to take some more pictures of Uluru. 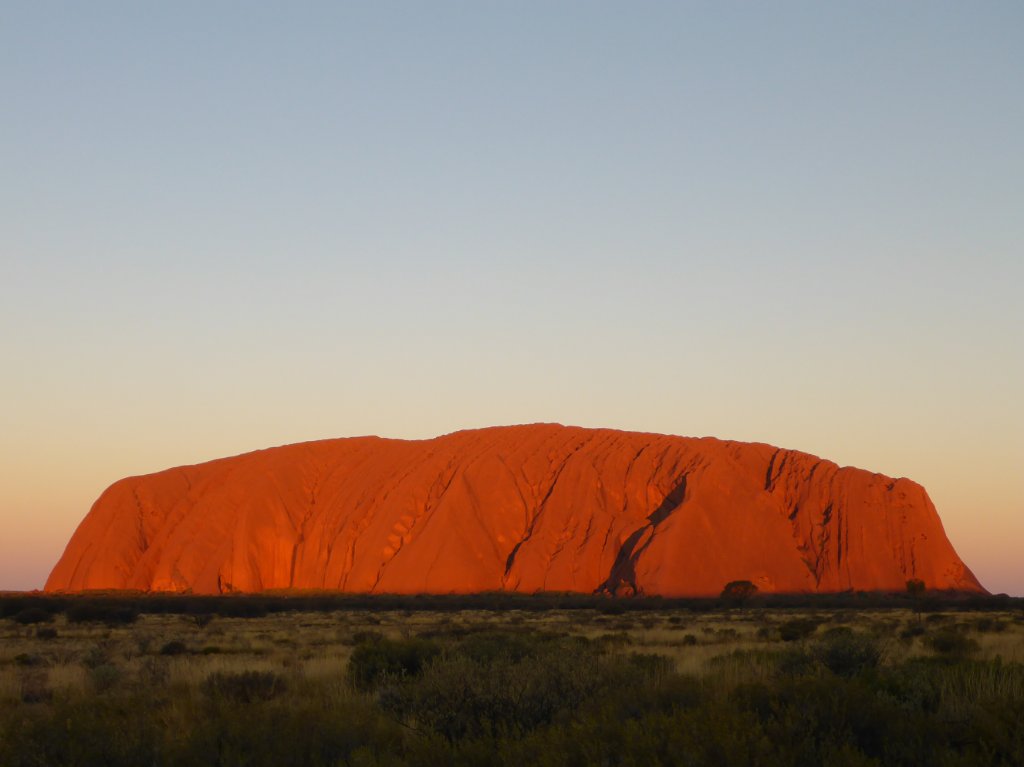 Your everyday guidebook picture of Uluru, with amazing colors in the sky.

The next morning, I awoke early to partake in the Mala walk, a short ranger-guided tour at Uluru. This was really interesting, because the ranger would point out how specific sections of rock featured in the daily lives and stories of the Anangu. He also provided lots of information which was not on the information boards. A great start of the day!

Rock paintings used to instruct boys on how to live off the land.

The remainder of the morning and early afternoon were spend in the car, as I drove the 300 km to Kings Canyon. Once there, I set of on the 6.5 km Rim Trail, which I ran most of the way. This was great fun, jumping between rocks, trying not to fall on my face :). On top of that, there were lots of nice views all around. Certain section of the trail were especially lush with plants, due to permanent watering holes. Lookout points along the rim provided views over the seemingly never-ending outback. The nature here was quite different from the one around Uluru, much more mountainous.

Wild melons (?) were all over the side of the road to Kings Canyon.

Beautiful views from atop the rim. A tiny section of the outback is visible in the top right.

This cute little lizard was playing dead, which was very convenient for some close-ups.

Having finished the Rim Trail in less than half of the recommended 4 hours meant I had a little over an hour of daylight left to find a campsite. The one I ended up on was really cool, since it had trees full of pink cockatoos. For dinner, I was joined by two Dutch girls who had quite a few stories to share about travelling all across New Zealand and Australia. After finishing off a huge amount of food, we said our goodbyes and I decided not to set an alarm and enjoy a well-deserved rest after all the running around the past two days. 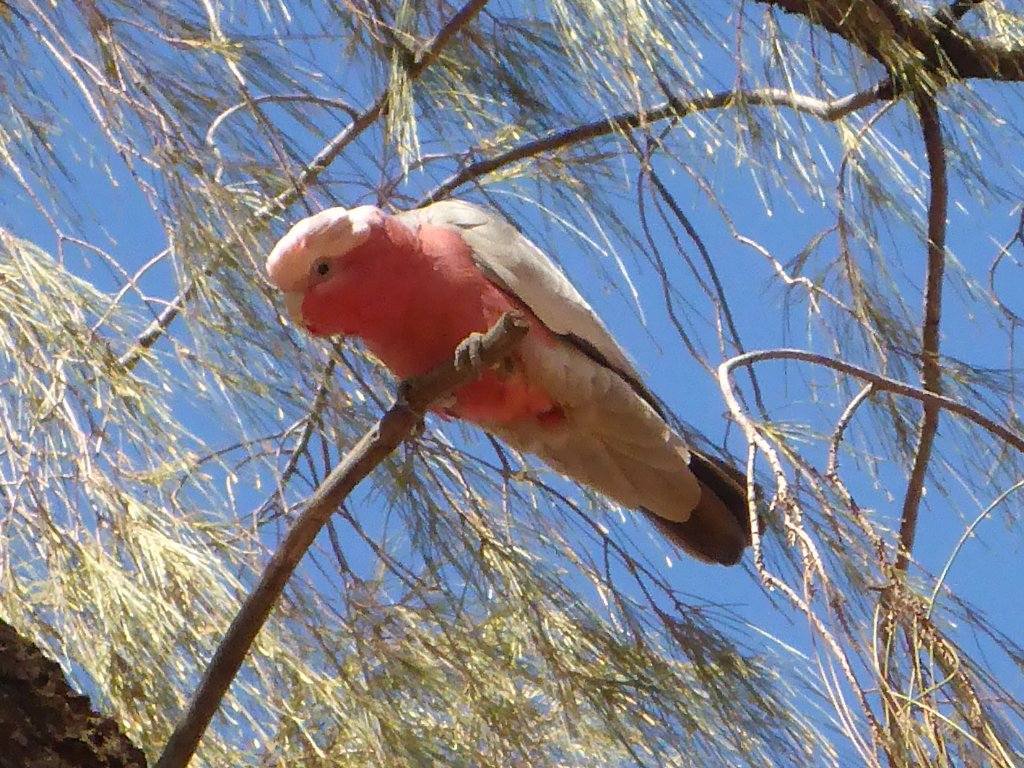 Droves of pink cockatoos sat in the campground trees. 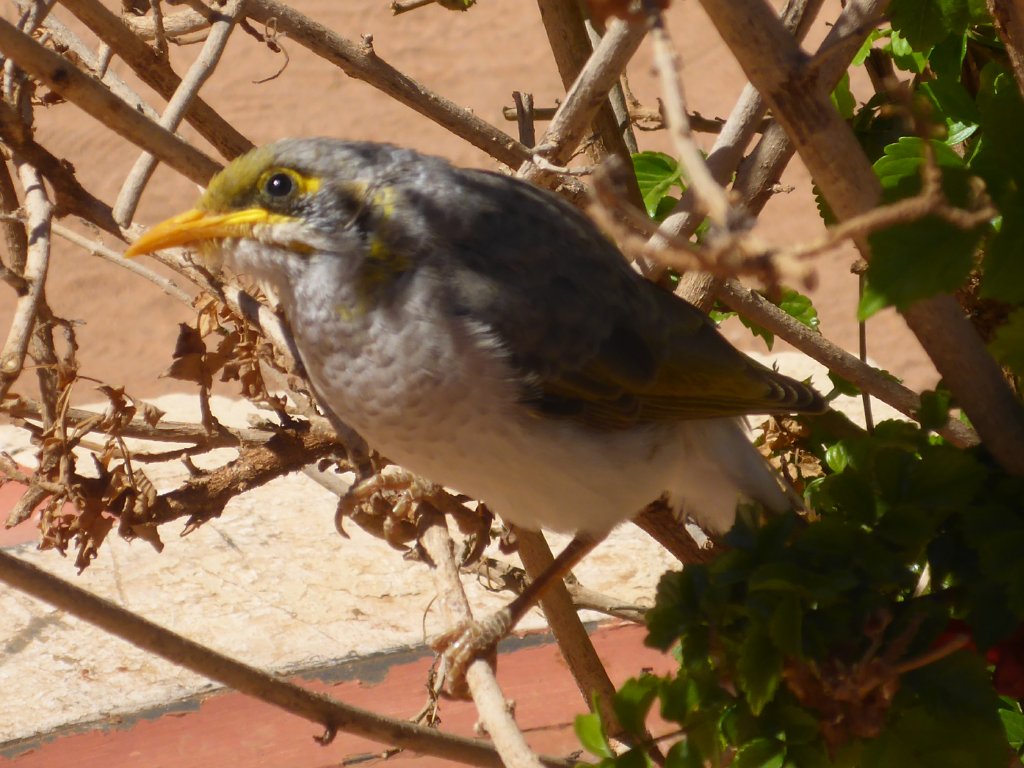 You talkin' to me?