Hidden away in the woods on top of a hill lies the town of Matheran. Accounts the guidebook, there’s beautiful panoramas and even a miniature train to take you to the village. Naturally, we had to check this out.

Unfortunately, the Indian food thought otherwise. Ana got very sick during the night and that left us no choice but to take the fast way up, using a taxi. The miniature train ride would have taken 3 hours (instead of 30 mins)…

As it turned out, however, there’s no motorized traffic allowed in the village, so we had to walk another 2-3 km uphill before we actually arrived. Only then could our hunt for a hotel begin. Eventually we found a very nice one with a pool, all-in buffet, … So we decided to splurge a bit and get the deluxe AC room, but we all shared one room to cut down on costs a bit.

While Ana was busy being sick, Rob and me got some breakfast. We had a little surprise when a monkey decided to poop onto our table. He just barely missed our food and then promptly started peeing from high up in a tree. It took us a few seconds to realize what was going on and during that time Rob had drank a few more sips of his tea which was being spattered by the “sudden rain”. Hmm :)!

The rest of the day Rob and me spend taking a dive in the pool, walking to some of the panoramic viewpoints, and then doing a horseback ride to view some more. In between all this we also managed to grab the delicious lunch buffet. 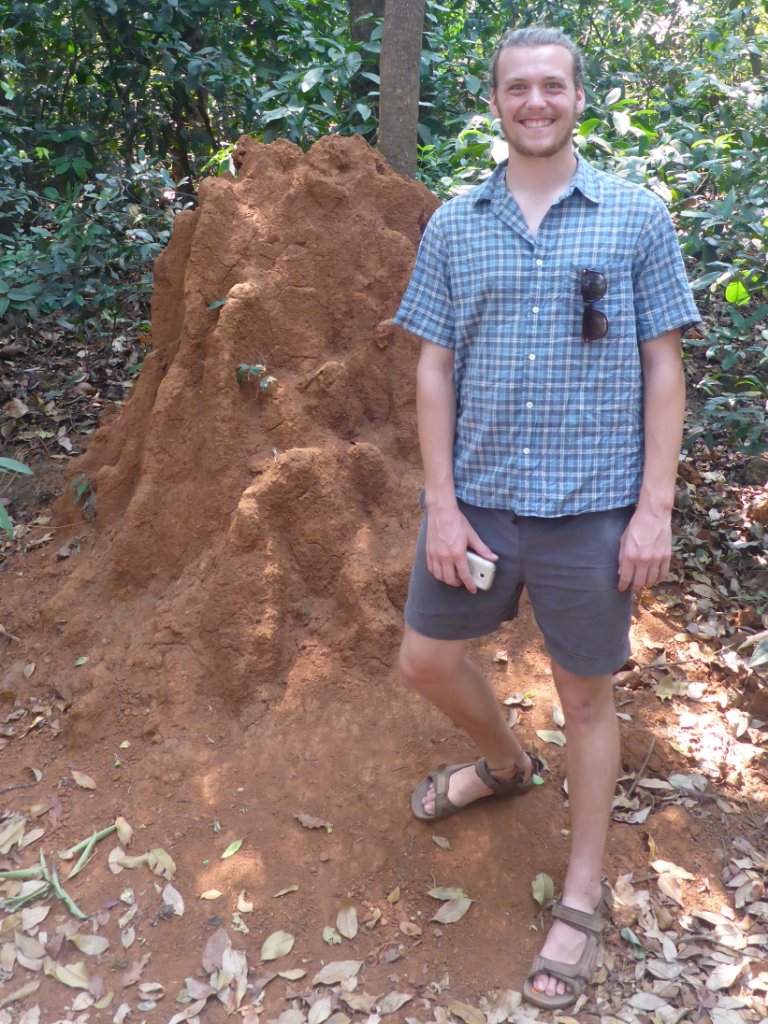 Termite hill somewhere in the forest. 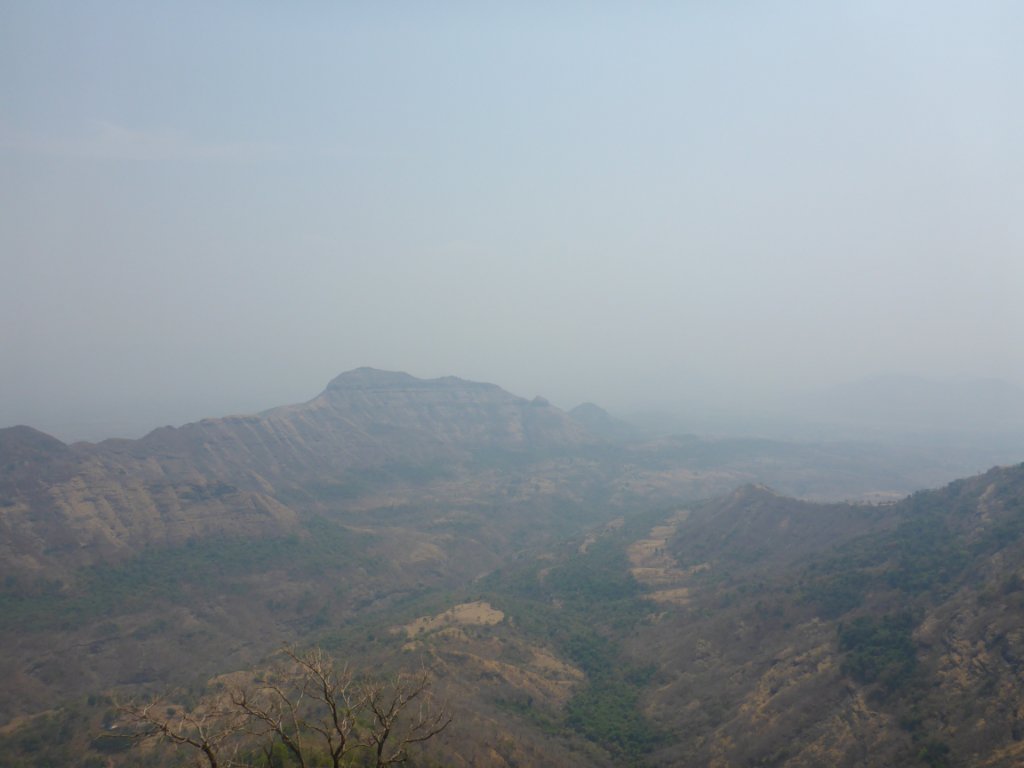 One of Matheran's viewpoints, shame about the fog.

By next morning, Ana was more or less healthy again. Because we missed it on the way up, we took the miniature train down the mountain. Along the way, some monkeys joined us and even got into the carriage in search of food! 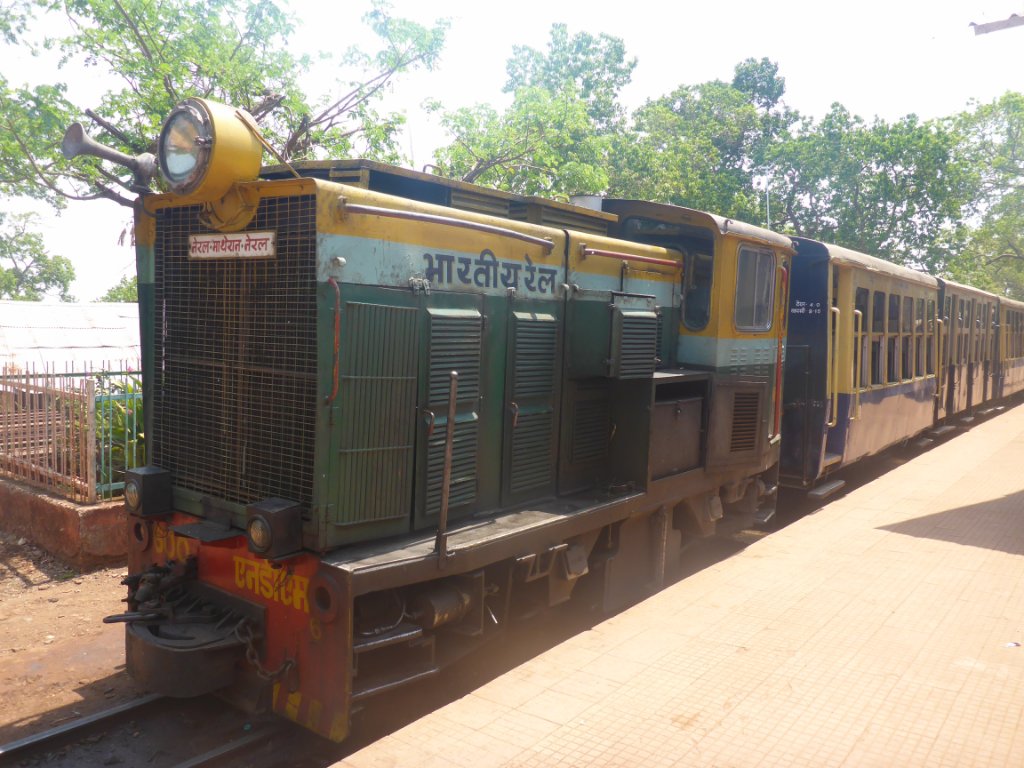 Some company in our train carriage.

The rest of the day was rather uneventful, as we hopped trains trying to get to the next stop on the tour: Nasik.